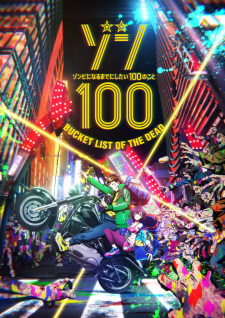 Plot Summary: In a trash-filled apartment, 24-year-old Akira Tendou watches a zombie movie with lifeless, envious eyes. After spending three hard years at an exploitative corporation in Japan, his spirit is broken. He can't even muster the courage to confess his feelings to his beautiful co-worker Ootori. Then one morning, he stumbles upon his landlord eating lunch—which happens to be another tenant! The whole city's swarming with zombies, and even though he's running for his life, Akira has never felt more alive!